When everything becomes too much – a time out in life!

In professional life, when the job is stressful and energy has been lost, then is the right moment to visit a monastery. Some people who are in a life crisis. Especially now on times of Corona, there are many who find this situation overwhelming. For those, a stay in a retreat or monastery is a real jewel to clear the mind and open the heart to find and recover the soul peaceful.

Home » Retreat or monastery stays: a time out in life!

New Delhi.5pm. You are hungry, want to eat something. You’ve barely left the hotel when the heat hits you. The smells on the streets are almost unbearable. They alternate between the acrid stench of urine and the sweet patchouli wafting from the Hindu temple. Without exception, everyone who uses a motorised vehicle has to use the huoe, compulsively. A leper by the roadside tries to touch you to beg a few rupees. All hard to bear. There is only one solution: go to the ashram! And there are so many in India. 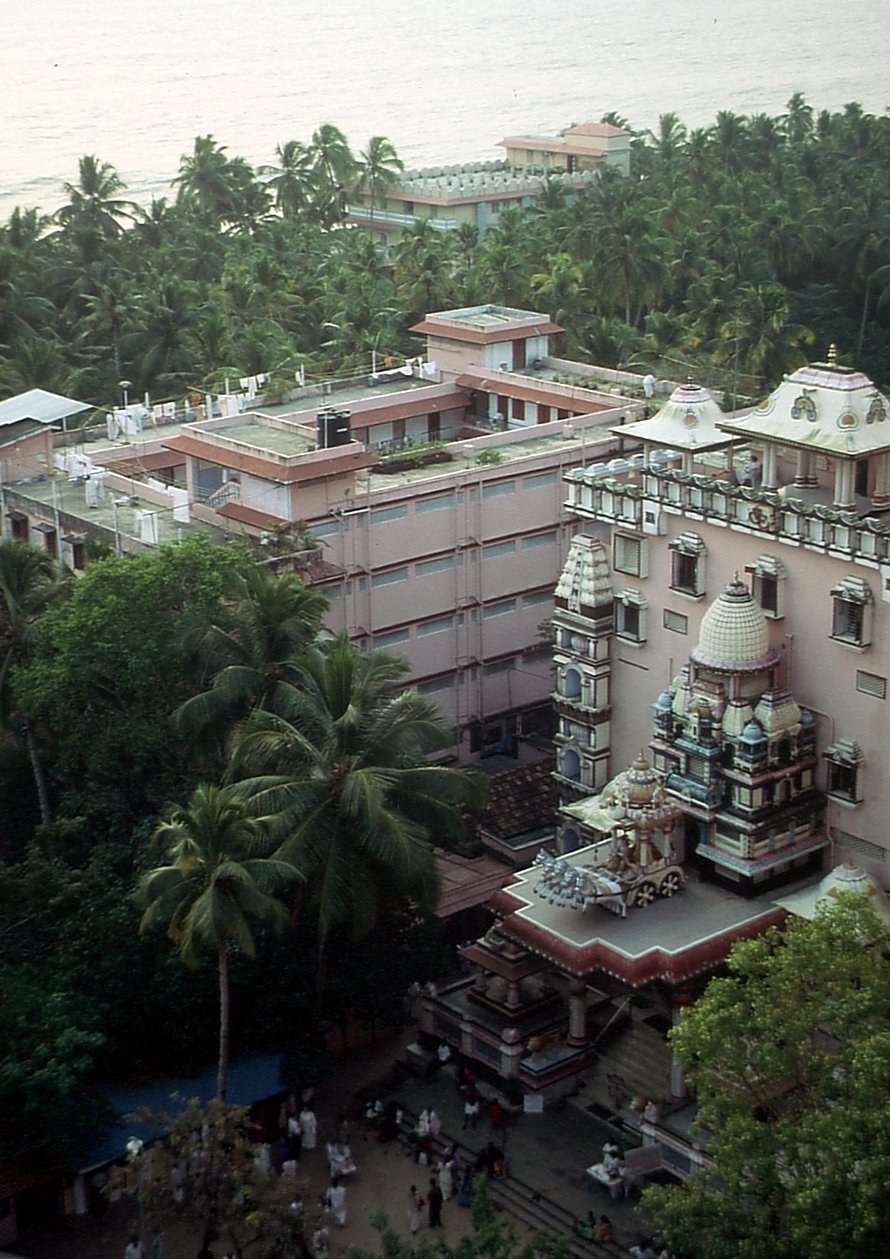 Ashram of Amma, “the Mother of All”. She will embrace you (and you will love it).

An ashram is a kind of monastery, a retreat where the devout Hindu follows a master, i.e. guru or baba, and embarks on a spiritual path. The guru imparts his teachings to the visitor, which he recites at certain times. To support this, there is a strict set of rules on yoga and meditation times. There is only simple food and logi, combined with the renunciation of stimulants. Karma yoga – support through work in the kitchen, garden or cleaning – is generally assumed.

Respectful and peaceful behaviour is expected. Clothing must be clean and neat and sufficiently cover the body. In some ashrams, white, orange, yellow or red robes are the norm. These can be bought for little money, usually directly in front of the ashram. Ashrams often support charitable projects, such as building schools and hospitals. You can find a definition on Wikipedia.

Ashrams first gained attention in the 1960s when the pop band Beatles visited Maharishi’s ashram in India. The views of Guru Bhagwan (Osho) were controversial.

Here follows a vanishingly small selection of popular ashrams in the motherland:

Amma: Actually called Mata Amritanandamayi or Ammachi, inhabits an ashram with gigantic guest houses in the picturesque south of India, surrounded by the backwaters, a widely ramified water landscape. Her uniqueness is the embrace she gives to every visitor: www.amma.de

Osho: No longer alive, but his ashram is thriving. The meditation resort in Pune (Puna), not far from Mumbai, offers courses tailored more to Westerners: www.osho.com/de

Ravi Shankar: Find happiness and stillness through Ravi’s “Art of Living” in Bangalore/India (or in Bad Antogast/Black Forest): www.artofliving.org/de-de

Sathya Sai Baba: Meditate, Sing and Open Your Heart in the Bay of Bengal: www.srisathyasai.org.in

In theory, this is where the categories of ashram and yoga retreat become blurred, because in many ashrams the ancient tradition of yoga is practised for spiritual enlightenment. However, this also means that in yoga retreats not only asanas are performed for physical exercise, but also mantras are chanted. Yoga is just as much more and offers besides asanas also a deep knowledge about subtle energies and spirituality.

On bookyogaretreats.com/en you will find a variety of yoga offers for your holiday from Cambodia to Colombia – including accommodation and meals – up to 500-hour yoga teacher training courses. If you follow a certain yoga style, this can be preselected.

In Theravada Buddhism, the practice of ten-day meditation is a main pillar for a religious life and is attracting more and more interest in the West. Practising mindfulness for ten days, letting thoughts come and go and saying goodbye to earthly desires sounds doable at first. But the path is not quite so simple. From early in the morning until after sunset, nothing but meditating while sitting, standing and walking, not being allowed to talk or even make eye contact. Add to that a meagre meal consisting almost exclusively of rice, and it’s not everyone’s cup of tea. And yet. The experience is incredible. If you persevere, you will be rewarded with a feeling of happiness that will make you forget all your “exertions”.

On the website www.dhamma.org/de you will find an overview of 176 course locations worldwide.

A personal recommendation by the author: Wat Kow Tham monastery on Ko Phangan in the Gulf of Thailand: www.kowthamcenter.org

Go to a monastery – temporary monastery

Temporary monasteries are in vogue. It is important to distinguish between “monastery hotels” and “real” monasteries. Hotels in monastery complexes are often of a high standard and accordingly have their price. The seclusion and simplicity, the monastic gardens and the inner courtyard known as the cloister invite contemplation and inner peace. Sometimes monasteries also have a Christian labyrinth that invites you to rest and contemplation and illustrates the path to the centre – to God. Many religious communities also offer interesting seminars and courses. Some even go far beyond the Christian worldview. It is not uncommon for Zen meditation and Qi Gong to be offered. 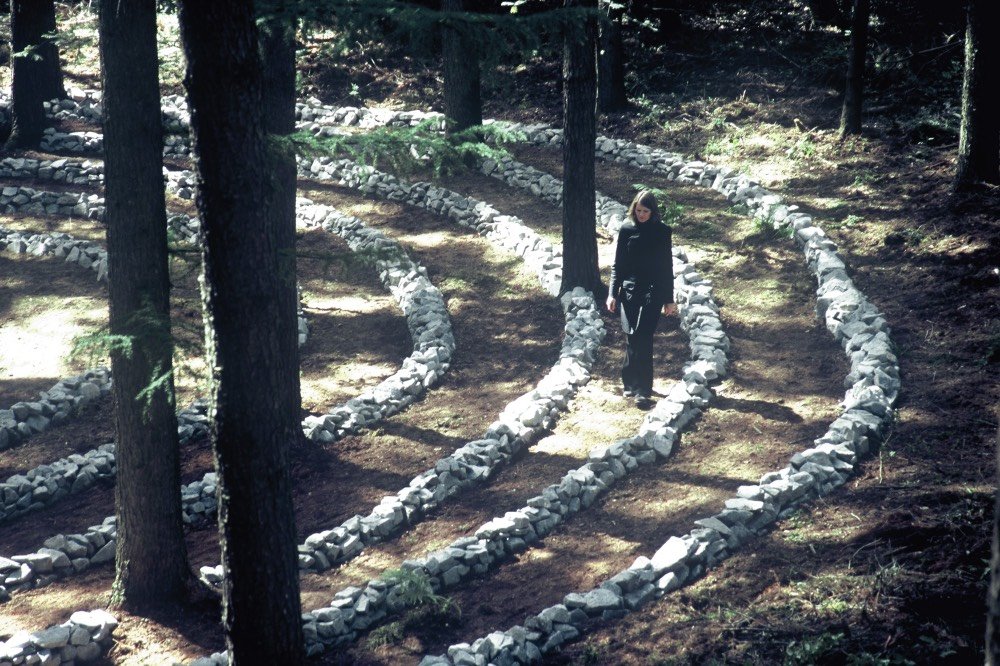 For those who want to spend more than 2 weeks in a monastery, the various denominations offer certain possibilities. Ora et labora – pray and work, refers to participation in the liturgies such as the Liturgy of the Hours and the Eucharist (Holy Communion), as well as helping in the garden, house and kitchen. Beforehand, personal contact must be established to discuss the details of a longer visit as well as the motives. Then, if you are suitable, you will receive an invitation.

The websites presented here are not always up-to-date and “state of the art”. This may be because churches think in different time dimensions or because there is no competitive pressure. This means that you have to be a little more active in your research for a monastery of your choice.

The German Conference of Superiors of Religious Orders DOK has compiled a good overview of monastic communities in Germany and Austria on its website, including brief information and contact possibilities: www.orden.de.

On the website www.evangelische-kommunitaeten.de there is a directory of Protestant communities in German-speaking countries that offer temporary monastic life.

A world overview of monasteries and Buddhist communities can be found here: www.buddhanet.info. German centres are listed by the DBU – Deutsche Buddhistische Union e.V. – here: www.buddhismus-deutschland.de 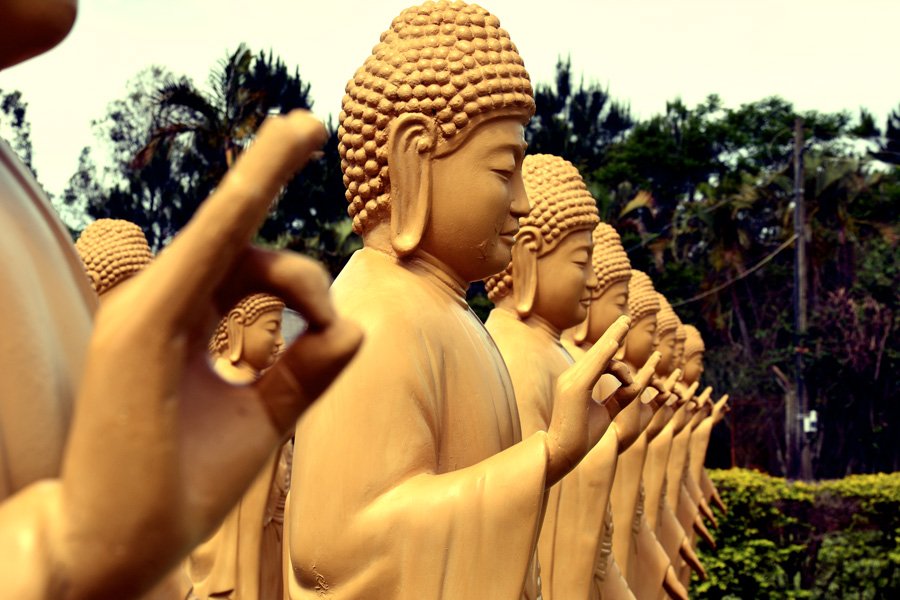